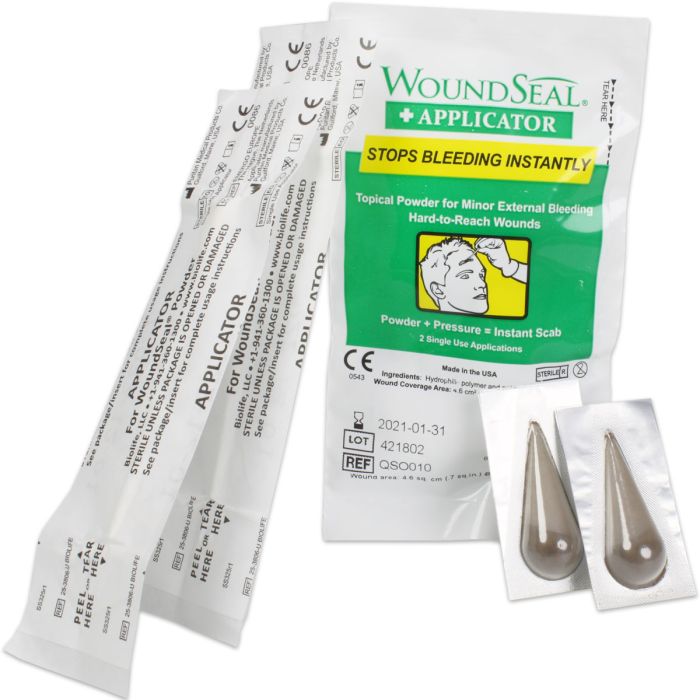 Skip to the beginning of the images gallery
Product Description

Bleeding injuries cost more than you think. Wound Seal helps workers get back to work quickly, reducing employee downtime. Wound Seal can help minimize unnecessary trips to the ER and help reduce OSHA-reportable events – Wound Seal is not OSHA-recordable as it is considered “first-aid” treatment.

Unlike other first aid products, Wound Seal is the only product that forms a seal over the wound. This seal stops bleeding, allows the body’s own mechanism to begin healing. The seal falls off naturally as the wound heals.

Powder Pays for itself...

Is Fast and Effective…


Is Easy to Use


...and is a Proven Technology

While the packaging says “Avoid aspirating the product into the nasal or oral cavity.” Biolife, the Manufacturer or WoundSeal (aka QR Powder), says this means “don’t sniff it in or swallow it.”
Neither will hurt you because WoundSeal is non-toxic, but it is an irritant if “sniffed” into the posterior (back) portion of the nose. “A long time ago we had a lady call in complaining. Turns out she didn’t use the applicator and simply sniffed the powder to try to stop a nosebleed.”

Use this product as directed with the applicator, and it is a GREAT solution for stopping a bleeding nose issue. 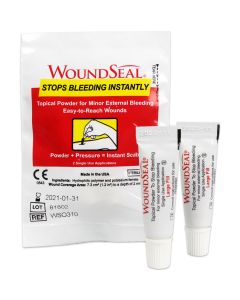 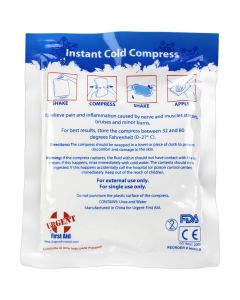 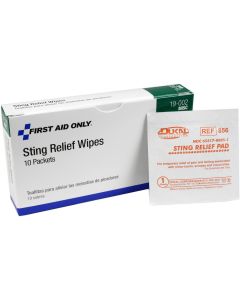 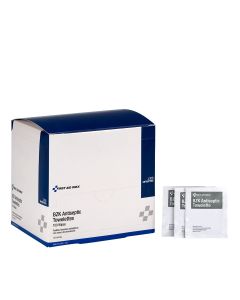 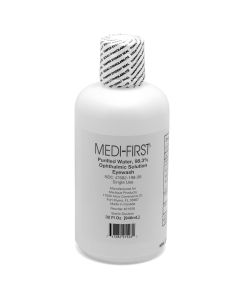 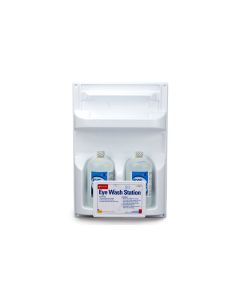 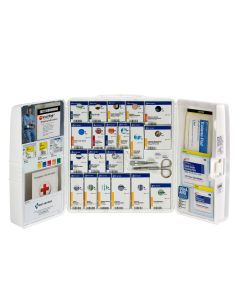 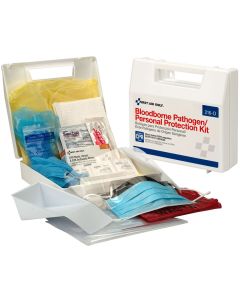 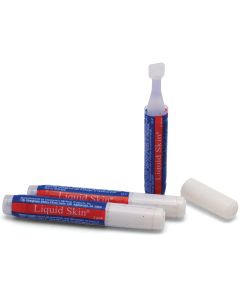 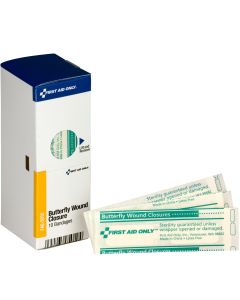