Damar Hamlin and the Case for CPR 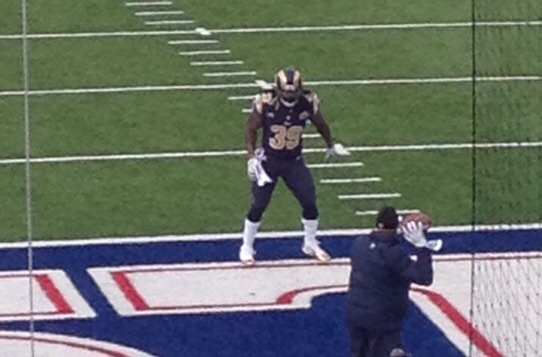 In the early 1990s I was a beach lifeguard for the City of Del Mar, in California, and "Baywatch" was the most-watched TV series in the world. Later, when I began teaching CPR to groups and businesses, students would ask me how similar my experiences were to the fictions promoted by actors such as Pamela Anderson and David Hasselhoff. My short answer was, "Not even close." On TV and in the movies, CPR is often portrayed as a miracle cure. Just press on the chest a few times and the next thing you know the casualty is spitting out water and thanking you for your help. The reality, unfortunately, is far from that. As CPR Instructors, we are familiar with the "window of survival," the 4 to 6-minute period between clinical death and biological death. Brain death. As soon as breathing stops, the clock starts ticking and the chances of survival begin diminishing rapidly. The purpose of CPR, as I like to make clear up front, is not about resuscitating the casualty. He or she is not likely to wake up and thank you. In most cases, they will remain unconscious throughout the process, up to and including the point when they are gurneyed into the ambulance by EMS and shuttled to a local Emergency Room.

The real point of CPR, or Cardiopulmonary Resuscitation, is to give the casualty a few more minutes. A fighting chance, so to speak. With each compression of the chest, we hope to provide the brain with one more small delivery of oxygenated blood. If the brain receives that oxygen, maybe it won't die within 4 to 6-minutes. Maybe we can keep the brain alive for 7 minutes, or 9 minutes – long enough for EMS to arrive with an AED and administer the electrical shocks intended to restore the heart's functional rhythm. But how realistic is that? Can we really keep someone's brain alive for 9 minutes, just by blowing in their mouth and pumping on their chest? For the answer to that question, let's ask Damar Hamlin, the Buffalo Bills safety and recent recipient of possibly the most high-profile CPR ever administered. Those watching the highly anticipated matchup between the Buffalo Bills and the Cincinnati Bengals on the first 2023 broadcast of Monday Night Football were greeted by a horrific spectacle when the safety suddenly collapsed on the field in the first quarter of play. Witnesses reported that he stood up briefly after completing a seemingly routine tackle, then fell to the ground and stopped breathing. Although the cause is still subject to debate, the result was cardiac arrest. And the clock was ticking. Emergency responders immediately began performing CPR as millions watched on television and in the stadium. Soon after, an AED was brought to the scene and shocks were administered. Ultimately, Hamlin's heartbeat was restored, but it had taken 9 minutes. He was transported to the University of Cincinnati Medical Center's intensive care unit where he was listed in "Critical Condition" and placed on a ventilator. For days, the NFL community held its breath. Would he survive? If he did survive, would he have permanent and irreversible brain damage? Four days later, the Bills confirmed that Hamlin appeared "neurologically intact," and on Friday, after the removal of his breathing tube, Hamlin asked his doctor, "Did we win?" While he still remains in the hospital's intensive care unit, it appears that Hamlin will survive this nearly tragic event.

There are approximately 356,000 out-of-hospital cardiac arrests each year in the United States, and nearly 90% are fatal. In the absence of advanced emergency medical care, CPR is our only hope to keep the brain alive. It might just be for a few more minutes, and it might not look like "Baywatch," but it could end up saving a life.