×
Price:
Actual Price:
Our price is lower than the manufacturer's "minimum advertised price." As a result, we cannot show you the price in catalog or the product page.

You have no obligation to purchase the product once you know the price. You can simply remove the item from your cart.
Our price is lower than the manufacturer's "minimum advertised price." As a result, we cannot show you the price in catalog or the product page.

You have no obligation to purchase the product once you know the price. You can simply remove the item from your cart.

This entry was posted on October 22, 2016 by American CPR Training Team.

Did you ever wonder where all of the leftover food from a buffet goes after close? 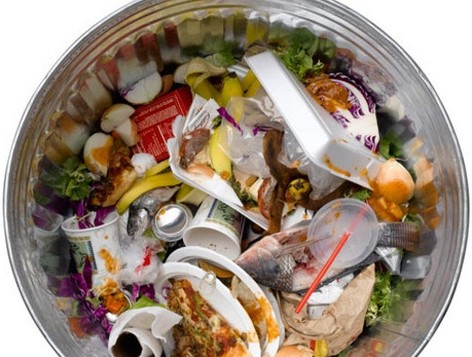 With health laws, consumer "perfection perception", and business greed a great deal of food goes unused while millions worldwide are near starvation.

According to The Guardian, almost half the food produced in the US goes to waste.

World Food Day took place a week ago, highlighting some of the worst waster, including:

• Every year, consumers in industrialized countries waste almost as much food as the entire net food production of sub-Saharan Africa (222 million vs. 230 million tons)
• The amount of food lost and wasted every year is equal to more than half of the world’s annual cereals crops (2.3 billion tons in 2009/10)

• In the USA, organic waste is the second highest component of landfills, which are the largest source of methane emissions
• In the USA, 30-40% of the food supply is wasted, equaling more than 20 pounds of food per person per month

Restaurants are huge food abusers - not by malicious intent necessarily, but because their patrons demand perfect presentation and large volume for their spending dollars - but they don't eat  what the demand. A new app, BuffetGo, solves that problem! It allows users to buy leftover food from a restaurant's buffet for as little as one dollar. They estimate that it saves more than 240,000 portions of food from landfills per day. The company also donates twenty percent of the profit to the United Nations World Food Program. As of right now there are only a few places in New York City that are enrolled in the program, but the founder told Huffington Post that it plans to expand soon!

Think. Be a smart shopper and think about what you are buying and when it will be eaten. Wasting food is often a subconscious act – become aware of how much food you throw away. Plan meals and use shopping lists. Bring your leftovers home from restaurants in reusable containers.

Save. Save your food, save your money and save the environment. Donate to food banks and become a conscious consumer.

This entry was posted in Odd Bits of News & Trivia on October 22, 2016 by American CPR Training Team. ← Previous Post Next Post →